Location: Cardiff
Price: -- £
Well, it seems like forever, but it’s only been a couple months since we became trapped inside our home. Though things have started to open up now, the pandemic situation is still not under control. When the lockdown restrictions were imposed in various parts of the world, a lot of foreigners living in the U.S. decided to go back to their homeland. In a hurry and a hassle. Nobody knew how long the lockdown was going to last. And honestly, not a lot of us expected it to last for 6 whole months. So, it is understandable that people must have unintentionally left behind some of the important stuff. An acquaintance left the U.S. and went to the U.K, leaving behind her debit card and credit, received recently with the opening of a new corporate account. She was working remotely, which meant she would still be receiving her salary. With traditional modernizing a bit and offering net banking services, it wasn’t a problem to make any transactions. Until this lady’s phone burnt, which logged her out of the net banking account and the only way back in was to put in the grid details from the back of the debit card.
Not having access to funds at times like the pandemic can only mean disaster. So, this woman then decided to open a new account before the credit of her next payment. That with a traditional would mean going to the bank and getting things done. But, opting for a virtual bank meant having a new account without having to visit the bank and in much lesser time. She was ultimately able to get paid to her new account, and make several online transactions whenever there was a need by availing services offered by Varo Money.
Virtual Banks are the need of the current times and not only are they crucial but also a disruption in the banking arena.
What is Virtual Banking?
Our generation was one of the generations who went out to play and have fun in their childhood. We played games like UNO and Truth and Dare physically and, but today it is all played online. Similarly, traditional banks have a brick and mortar infrastructure and offer services that can be availed at the bank. But that is not the case with virtual banks. These banks offer several banking services in a non-physical, online infrastructure. These services are the same as traditional banking services, the only difference being, utilization of online channels, and reduction in hassles involved with visiting a physical bank and getting things done. The speed of the processes is also more than those of traditional banks. According to Live Bank, The speed and convenience of virtual banking positively influences overall customer satisfaction, which regularly exceeds 90%, improving the image of the whole brand.
Now some may wonder, why is that not all traditional banks transform to virtual banks?
https://fintecbuzz.com/virtual-banks-how-far-into-real-time-usage/ 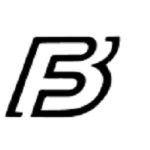 How to Renew Norton Internet Security and Antivirus Subscriptions with... 10 £

How Do I Set Up and Run Norton Cloud Backup 10 £